All Our Grievances Are Connected 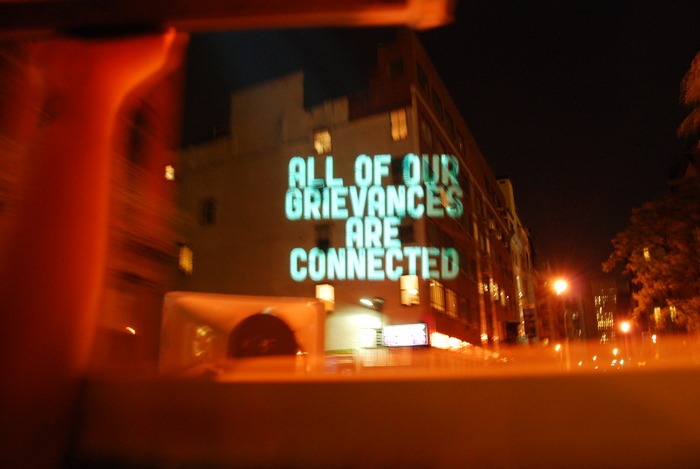 In the United States we are finally witnessing a steadily increasing backlash against police militarization, murder at the hands of police and the general devaluation of Black life. At the same time, there is a growing movement against debt in our society: the fact that in order to survive — to get ourselves basic needs like food, shelter, healthcare and education — we are forced to go into debt. It may not be apparent on first glance, but there are deep connections between these struggles.

First off, let’s be clear: although the corporate media have cast the police as the sole villain of the BlackLivesMatter movement, the heart of this struggle is not simply about out of control police officers. It isn’t even about restructuring the institution of policing. The core of the movement is about recognizing the numerous points at which American society intersects with and disrespects Black life. When Black life interacts with police we are automatically cast as criminals and perpetrators. When Black life interacts with the court system we are converted into convicts. The prisons profit off of our captivity. City housing concentrates, constrains and dehumanizes us. Financial institutions transform us into commodities, hoodwinking us with rigged “financial packages.” The list goes on and on. And, when one recognizes the core grievance of the movement is systemic dehumanization, what we are after becomes clear: fundamental systemic change.

But that isn’t the end of our vision. We also instinctively understand that, in the end, underneath the anti-Black nature of these institutions is an ethos that is, more broadly, against life itself. We know a prison system that disproportionately targets Black bodies is anti-Black in nature. But, we also recognize this same prison system – which throws people into solitary confinement, feeds inmates rotten food, has no intentions of restoration or rehabilitation, and incarcerates more prisoners per member of the population compared to any other country in the world – is fundamentally against life itself.

We see video imagery of twelve year old Tamir Rice being shot and killed within two seconds of police rolling up to the park where he was playing and understand that the ethos which fuelled his murder was anti-Black in nature. And by extension, when we see the savage pummeling of a helpless Kelly Thomas on video while hearing him also scream out “I can’t breathe” at least six times, a deeper truth is revealed: the ethos which fuelled Thomas’ murder was charged with a macho patriarchy that is fundamentally against life itself.

Prisons and police provide two examples where taking a step back and looking at our oppressors allows us to clearly see their true essence. And when we, through this wide-angle lens, look at the rest of the institutions that we are fighting to end or reclaim we see that they too have deformed mandates and structures that create racist, caricatures of human beings who are, at their core, diametrically opposed to the essence of life. 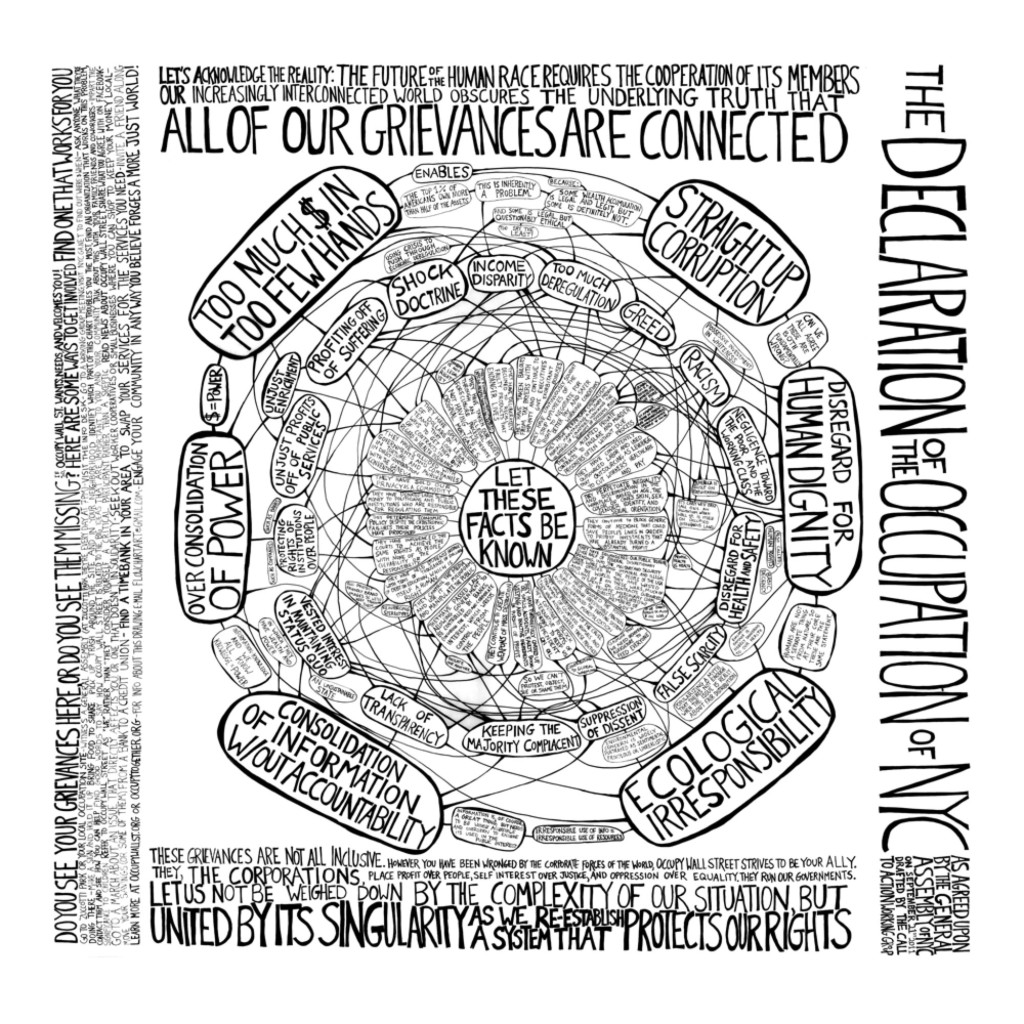 And, as it is within the array of dehumanizing American institutions, so it is with the debt system: fundamentally anti-Black, ultimately against the very essence of life, and requiring systemic change. Take a look at for-profit schools such as ITT Tech, University of Phoenix, Everest College and the rest of the Corinthian institutions. As the largest issuers of degrees for Black students they play on the strength of Black aspiration, saddle their students in debt, don’t lead to jobs after graduation and prey on the vulnerability of single Black mothers. When we realize higher education could actually be free in the United States it becomes very clear that the debt-ridden education system is simply a trap. A trap set for Blacks, poor whites, anyone who decides to expand their understanding and skills through formal education.

Yet, the debt monster doesn’t just roam the halls of colleges and universities. It also sets traps in the courts. Like in Ferguson, MO when the municipal court issued 32,975 arrest warrants — in a city of just 21,135 people — back in 2013. These warrants — all for nonviolent offenses, and mostly for driving violations — dragged their victims into the judicial system. Then the court charged large fines and fees, ultimately arresting residents when they couldn’t pay.

We see this play out over and over again across the country: by the police when they implement ticketing quota schemes to finance their departments, by probation offices when they charge fees for people’s freedom, by emergency rooms and doctor’s offices with their outrageous bills for essential care. All of these debt traps, at their core, are against the essence of life. All of these debt taps require systemic change to eradicate.

The problem is, separately, our struggles will never have the power to achieve this systemic change, to realize a Just new world. Our struggles tend to address discrete aspects of the system we are fighting and fail to attack the system together in a coordinated fashion. To have enough power to initiate this new world we must connect our struggles.

The first step towards connecting our struggles is recognizing the battle against debt is being fought by groups made up of many races, sexes, orientations, nationalities and religions for the benefit of us all. Recognizing the fact that amongst the first wave of active fighters in the student debt battles there are fierce Black women. Realizing one of the demands coming out of Ferguson was Free Higher Education. Understanding the debt trap has been set by a capitalist system that attacks those who are most vulnerable, along with everyone else.