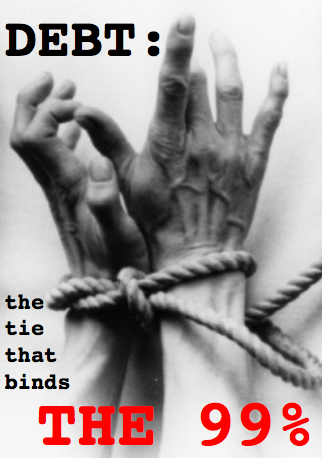 Every other day brings us fresh headlines about malfeasance, fraud and continued predatory behavior on the part of the finance industry. Morally speaking, bankers are the most depraved and derelict actors in our society. And yet they continue to rely upon heavy-duty moralism to enforce debtors’ obligations. What is an appropriate response? Here are nine arguments to justify repudiating debts as an act of economic disobedience. Appealing to basic moral principles, they are fleshed out in much more detail in Creditocracy and the Case for Debt Refusal. The list is far from exhaustive, but it is a start, and I invite you to add others. The goal? To determine which of our debts should be honored, and which should not.